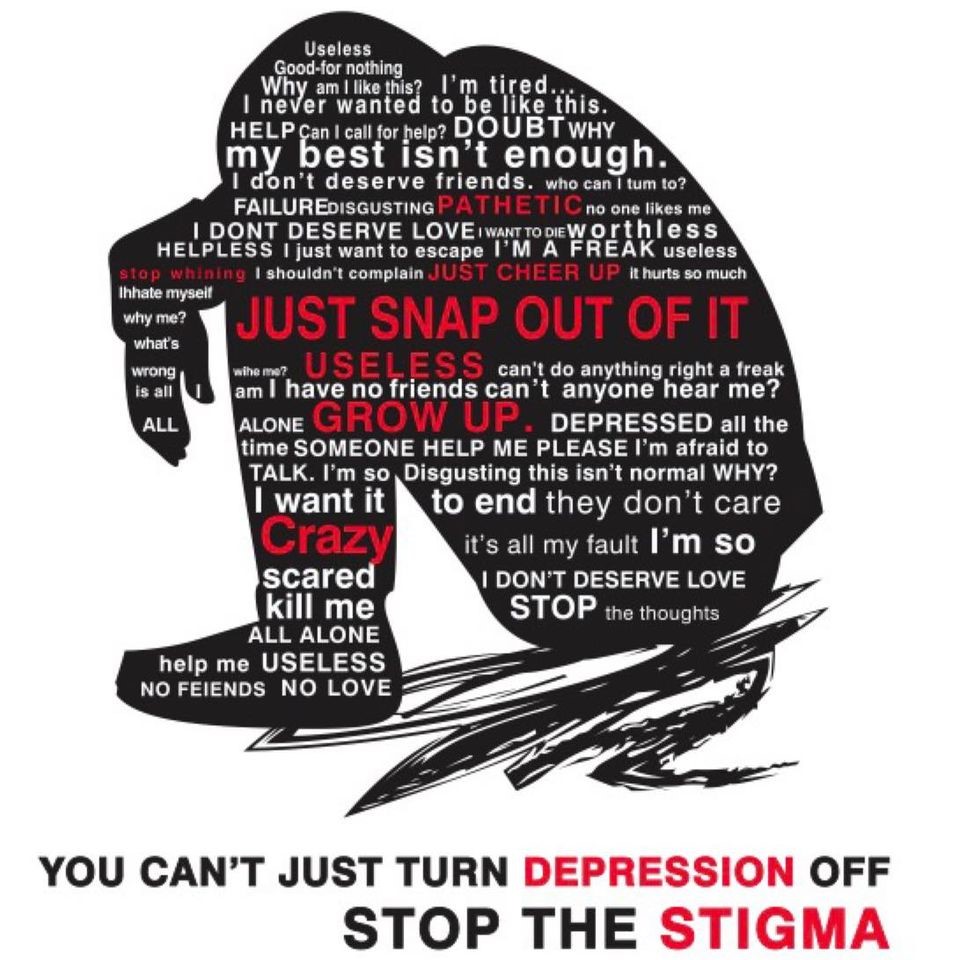 “Depression is a lonely, desperate battle to feel alive.”-anonymous.

Depressed, an emotion, a state of being, a mental health condition. Everyone is capable of feeling the emotion of being depressed, everyone is capable of developing a mental health diagnosis that categorizes as a mood or depressive disorder according to a set of criteria. Yet, so many people act as though it is some rare form of disease that only weird people have or a make-believe condition that people use for attention. In 2019, 7.1% of people in the United States met the criterion for a depressive disorder. That may not seem like a lot, but that equates to about 23,304,424 people; sounds like a lot now. Now remember, that is taking into consideration the people who have been treated within that last year that the government was able to account for. We do not know how many people are untreated for their mental health and as things are now, we may never know all of those who suffer as they will be silenced by the stigma. So, let’s start the conversation to see if we can reach them.

I don’t want to just give you all just an itemized list of criteria that categorize someone’s symptoms as a mental health condition, so instead I am going to best describe depression through the reports of those I have interacted with that are suffering. Often, I hear how depression is feeling physically and mentally incapable of getting out of bed or doing anything for that matter on a daily basis. Depression is also getting up every day, doing everything necessary but at no point experiencing any feeling, just going through the motions. There is a sliding variance of severity in depressive symptoms, so to compare one to another is impossible. The way it has been described to me has been that it is feeling like you can’t do what you want or need to do for no reason other than you just can’t. This can be really difficult to try and understand as an outsider so imagine being the one experiencing it. Depression entails feeling unworthy and worthless, which we can hear and see through the way someone talks about themselves or how they regard their needs relative to those of others. For example, someone who is struggling with depression may have a smile painted all over their face as they assist their loved ones with their needs all the while in their head, they are having thoughts that they could never ask others to do this for them because they would be bothered. In other words, someone who you may see as a ‘people pleaser’ and/or as relatively passive in nature can be struggling with the beliefs that they are a burden, their needs aren’t important or that simply no one cares. Depression can be total and under silence as you internally scream and try to climb yourself out of a dark hole. Depression is a disease; just like any other physical health disease, lets treat it as such.

Depression isn’t when your roommate ate your leftovers you expected to await you at home all day and you are not only annoyed but genuinely disappointed. Depression isn’t when you and your friend have a fight and don’t talk for three days and you’re in a weird funk at that time. Depression isn’t contagious in the sense that it is transferable like a cold, instead it has social and genetic components that instead can be internalized and cause similar effects to someone else or it could be inherited biologically which is uncontrollable. Depression isn’t unmanageable; many people live with their symptoms and function well whether it is through use of medication, therapy, personal routines, diets, etc. Depression is not uncommon to those around you and is nondiscriminatory. One of the most important things I think that can be highlighted is that depression, having a chemical imbalance and misfiring neurons, is not a choice. Those who live with depression do not actively make the decision to not be motivated, feel empty, or be extremely fatigued. Instead, many of these individuals actively challenge and fight with themselves internally to be motivated, active and whole but do the exact opposite. Consider that the next time you automatically label someone as lazy or a bum.

A last point I want to get across in this section is that depression does not necessarily mean that someone wants to die or commit suicide. Whether someone is depressed and engaging in self-harm or self-mutilating behaviors or they aren’t, we cannot automatically jump to the conclusion that those are someone’s intentions or thoughts. This is where the conversation becomes even more important, we don’t want to assume that someone is having suicidal ideation or fantasies, but we do not want to assume they aren’t either. There is an assumed causal relationship between suicide and depression but lacks validity in that there are plenty of people with depression who have never considered taking their life. Self-harm or suicidal ideation/suicide itself are commonly associated and seen within the population of people living with depression. The intention or reasoning for such is personal and can sometimes fall within similar patterns of thought across people. One common intent can be attention but not in the way that people have stigmatized it to be. Depression, as previously discussed, can be really isolating and due to the stigma and shame around it can be really difficult to talk about (that is why we are here, remember?). If someone has reached a point that they do not know how to communicate their experience or feel comfortable doing so, they may turn to self-mutilation to attract the attention of someone so they check in and present an opportunity to talk about what is going on.  Now is this the healthiest way to go about a conversation? No, but at that moment it can feel like the only option. If you do not find that this is a valid reason for someone to hurt themselves then give them the alternative, allow them an opportunity to speak. Reduce the stigma and fear of being judged for having an uncontrollable disease so that someone else doesn’t feel that their only option left is to hurt themselves.

What to do now

I wish I could say that this one blog was enough to end all stigma, but the truth is it is only one blog of thousands that will be written in this effort to end stigma. The hope is that this one blog helps at least one person consider how they think about and approach depression and those who struggle with it. I hope that as a reader you were receptive to this approach and perspective on depression and the way it can be discussed because maybe it was different from other conversations you have had. We here at Olive Branch hope that you and others continue to learn about mental health and depression to better yourselves and your community because you do in fact have that power. Take this reading and share it, or even what you took away from it and discuss it with others. Start the conversation, end stigma.

If you or a loved one is struggling with depression and is seeking professional help, contact Olive Branch Counseling at 708-633-8000 or www.olivebranchcounselingassociates.com

This is a text widget, which allows you to add text or HTML to your sidebar. You can use them to display text, links, images, HTML, or a combination of these. Edit them in the Widget section of the Customizer.