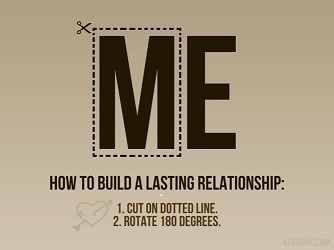 In Part 1 of this post, we learned that criticism is the act of passing severe judgement, verbally attacking, and/or excessively focusing on perceived faults. Though often difficult to see, behind every criticism is a desire. The antidote to criticizing is to complain without blame. Complaining without blame can be achieved by asking for what one wants, rather than complaining about what one doesn’t want. While reading the example below, think about how you would feel hearing both the criticism and the complaint.

Criticism:  “You left your hair all over the sink again. It’s disgusting, and the last thing I wanted to do was pull it out of the drain.”

Antidote (Complain without Blame): “There is hair in the sink. Can you please clean it out when you are done getting ready?”

Defensiveness: “Oh because you never leave hair in the sink. I wiped it when I was done but I guess that wasn’t good enough. It’s not a big deal!”

Antidote (Take responsibility; listen to understand): “I know that hair in the sink is gross. I’ll double check it next time”

Tip: Keep in mind that accepting responsibility is the first step, and following through with that responsibility is the second. Accepting responsibility without acting on it breeds bitterness.
As arguments escalate, it is common for one or both partners to become emotionally flooded. When this happens muscles tense, blood-pressure raises, heart rate increases, and the ability to critically think decreases. At this point, stonewalling occurs. One may withdraw, give the “cold shoulder”, and/or “shut off” emotions. The antidote to stonewalling is learning to psychologically self-soothe. Psychological self-soothing techniques range from activities one enjoys, such as listening to music or taking a walk, to mindfulness activities, such as deep breathing and guided meditation.

Partner #1: “Can we talk about this issue? I don’t want to be angry at each other.”

Partner #2 Stonewaller: Responds without eye-contact, does not turn towards their partner. “You can talk.”

Antidote: “I need time to clear my head. Can we talk in 20 minutes?” During this time, Partner #2 would psychologically self-soothe.

Lastly, we previously learned that according to Dr. John Gottman, the presence of the final horsemen is the #1 predictor of divorce. Contempt is attacking one’s self-worth with the intention to harm. Contemptuous behaviors include name-calling, insulting, negative body language, and speaking in a degrading manner. Contempt in a relationship shows a general lack of respect for one’s partner. It comes from a lack of appreciation. Living in a contemptuous relationship can lead to depression, anxiety, and low self-esteem. To battle contempt, partners must create an atmosphere of appreciation and respect.  Re-creating a positive atmosphere is a difficult challenge to navigate primarily because contempt rests on a bed of resentment. When contempt is present, seeking help from a professional third party can help couples to heal from past hurts, let go of resentment, and learn to truly respect and appreciate each other.

Contemptuous Response: “Wow, if you wiped the sink when you were done maybe you need to go back to kindergarten and work on your fine motor skills. Clearly you lack the ability to properly wipe.”

Respectful Response: “I appreciate you trying; it just looks like some was missed. Thank you for going back and taking care of it.”

This all sounds simple, right? We understand that it is much easier said than done. Learning to use the antidotes is a process that takes time and conscious effort.  It certainly isn’t a perfect process, and there will be bumps along the way. However, once these skills are mastered relationships bloom beautifully and become safe, comfortable, and fun!  If you feel like your relationship could use some fine-tuning in these areas, give us a call at (708) 633-8000.